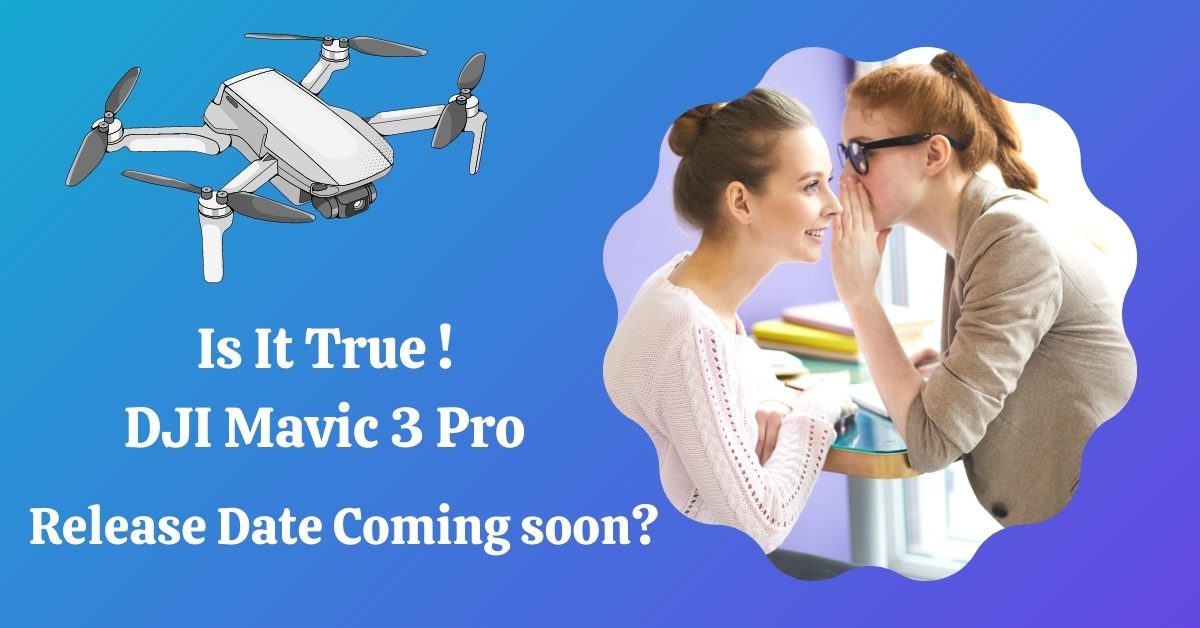 It has been almost one year since DJI announced the DJI Mavic 3 pro release. From that day on, people started waiting for this drone. Mavic 2 Pro, one of the best DJI drones, has satisfied every buyer with its excellent features. So people are very excited to see what new features are coming with Mavic 3 Pro.

In this long period, many rumours have arrived in front of us about this drone. These rumours state that DJI Mavic 3 Pro will be the best drone of DJI. But will this drone have these features? Will Mavic 3 Pro be more satisfying than Mavic 2?

So, DJI Mavic 3 Pro will record 8k 60fps or 30fps video and 4k 240fps video. The video quality is Impressive, and the resolution is high enough to crop or zoom the video. Moreover, this drone will also have an excellent power consumption level. It will consume less than 2W for 8k 30fps video and 5W for 8k 60fps video.

DJI Mavic 3 pro will have a motor like skydio2

According to a tweet of OsitaLV, DJI Mavic 3 Pro will have two downwards motors and two upwards motors. DJI will mount these motors like the motors on Skydio 2. This kind of design will allow this drone to mount more cameras on the drone. Thus, this drone will have some extra features. Some of these are:

Will DJI Mavic 3 pro Have a LiDAR

“Nowadays, even iPhone has LiDAR,

DJI can do the same.” (OsitaLV, Tweeter)

Now, the burning question is DJI always tries to increase their videography quality. Will they spend on LiDAR rather than videography features? We know they can, but will they?

DJI Mavic 3 Pro will have a smart controller

And the size of the screen will be approximately 5.5 inches.

This controller will let us connect our Smartphone with it. Thus we will be able to see the video output when flying in the first-person view mode.

Which App DJI Mavic 3 Pro will use

DJI’s two largest apps are DJI Go 4 and DJI Fly app. DJI Mavic 3 pro will use the DJI Fly app between these two apps because they keep updating the app by adding new features. Again, the title of a file of this app is DJI.go.v5, which means the DJI Fly app is DJI Go 5. So, this drone will come with the DJI Yet. Yet, they would make a DJI Go 6 app for their new drone.

DJI Mavic 3 Pro may come with OcuSync 3.0 with low latency, high resolution, and greater range. Indeed, this drone will have a more extended range than Mavic 2 (above 10km).

Many people complained about the flight time of Mavic 2. So DJI will keep it in mind. There is a chance that DJI Mavic 3 Pro will have two rear-mounted batteries with a cooling scoop system. This feature will help to extend the flight time of the drone. Thus, this drone will have about 40minutes of flight time.

This August, Mavic 2 pro will complete its three years. So, the Mavic 3 Pro may release this August with the 3rd anniversary of the Mavic 2 pro. Yet, DJI can think about a new beginning and release DJI Mavic 3 Pro in September.

Now, the price of this drone will be higher as it will have some fantastic features. According to some sources, the price of DJI Mavic 3 pro will be about 1800-2000 dollars.

Now I will tell you about some rumors that are not so strong. But these rumors can come true.

DJI Mavic 3 Pro will come with an H frame design for increased stability, speed, and accuracy. This drone will have a weather sealing system. So, you can stay tension-free about this drone in bad weather. This drone will have a swappable and interchangeable camera. This system will allow it to suit different situations and wide-angle zoom.

However, every point included above is some strong and weak rumors. There are many possibilities that those points will come true, but I’m not 100 percent sure. Who knows, DJI Mavic 3 Pro will be better than you think! Or, it may not be satisfying like Mavic Pro 2.

In this situation, every drone lover is waiting for the release of the drone and knowing if it is the perfect one or not! I hope this drone will be a better choice for every drone lover, as its rumors indicate.