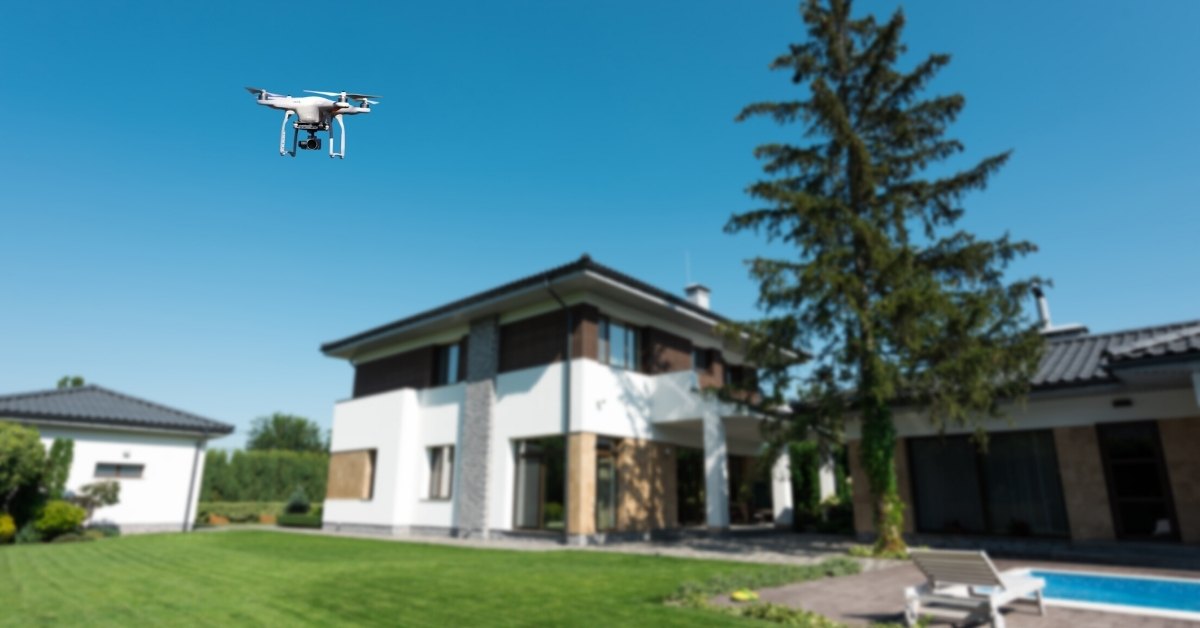 When a drone enters your property, you worry about privacy and think about disabling it. It is why the headline of my article is “How to disable a drone on your property.”

This sentence has been a popular question for a long time and is becoming more popular day by day as the scope of work of drones is increasing.

There is an anti-drone technology that can shut down small aircraft like drones. Today we will learn how to jam a drone signal and much more about this. So, let’s get to know– How to disable a drone on your property.

How to Disable a Drone on Your Property

It would be surprising to hear that drones disable your property, which is hampering your security. With more drones flying in the sky every day, there are sometimes creative and sometimes dangerous attempts to disable drones.

If you are concerned about your privacy, you may apply these ways to your property safety. It happens to have lots of ways of disabling a drone. These affordable methods are anti-drone drones, guns, trained birds, signal jammers, laser pointers, hacking, and shooting.

But you think all of these ways are illegal and not available for the private citizen’s use. These anti-drone weapon systems like Anti-UAV Defense System, Geofencing Safety System are only for national security. If they are not for civil service, I will tell you about them in detail.

There are so many anti-drone device systems for disabling a drone manually, but they are harder as they sound. Here are some of them, like anti-drone drones, trained birds, and shooting with guns.

This system includes an anti-drone device. You will have to use a drone to stop that quadcopter or bring it down in this system. Those anti-drone quadcopters are a kind of net-carrying drone. This drone will fall on the net on the target quadcopter. It is a good way of drone control.

Another effective method in a manual system is drone killer birds. These birds of prey are well trained, and they can attract drones very well. You may use this method to control flight paths by making a physical interception of the drone. Sometimes these birds can bring the quadcopter back to their trainer.

Shooting the target device with your personal gun can also be another way of taking the drone down. If any drone tries to attack you and break your privacy, then you may take a hard decision. In per capita guns, the USA is at the top, so it is very easy to shoot down an attacking drone.

The name of this system suggests what the methods of this drone controlling system are going to be. Let’s see them.

One of these systems is the Anti-Drone Jammer. These Anti-Drone Jammers can jam the signal from the drone owners and make it free from the control. In this way, the radar jammer will scan the sky for drones by ISM radio frequencies. When it finds any drone in its range, then it will send some radio waves or radio signals to the drone and create a problem in drone rotors. The drone jammers are legal only for government agencies.

Another method of this system is a laser pointer. With the laser pointer or Anti-drone lasers, you can create the drone camera blind, and it will not be able to take pictures or videos. But it would help if you used a low-powered laser pointer to avoid any plane accident.

But as I said that hacking or hijacking needs powerful devices and security experts. You have to remember that cannot be fully hacked drones like mobile and computer devices. Some people think that mobile devices can also be used in hijacking.

These are the main ways of disabling a drone on your property. But you also need to know that you are not allowed to do that by using these technologies. Drones are government-encouraged devices in different sectors, and they have the right to fly over your property.

You might hear the news from privacy advocates around you. If you feel that you are not getting your expected privacy for aerial assault, you may help your local law by an advocate. The case against illegal drones, and you will get your right back. You will get rid of mysterious drones that are entering your private place. So, this is another way.

US law and any other country’s law are allowing drones to fly. The authority is also motivating people to use this unmanned vehicle in the commercial sector and to improve communication systems. The law also supports drones. But that does not mean people can do crimes with this device. So, it is very easy to control any privacy-breaking drone by the local law. You can take help from law enforcement agencies.

Using these methods, you may control the reckless flying of drones and ensure your expectation of privacy from a drone watcher. Though people want to know how to legally take down a drone, there is still no such thing in the hands of mass people.

Can you Block a Drone Signal?

Yes, there are some technologies that can block drone signals, but this is illegal in some countries, including the USA. If you want to know the answer to this question in detail, you have to know about your country’s drone law. Most countries allow flying drones at a certain level of height.

But there are very few countries around the world that allow drone blocking. If you are from the USA and are thinking of blocking a flying drone, then forget it. It is completely illegal to block drones in the USA. There are so many reasons behind it. Among them, I make it easy for you to understand.

Why Can You not Block a Drone Signal?

To continue the legal drone use, the government of the USA and many other countries make drone signal blocking illegal. Here are some reasons.

Police Drone: For law enforcement, police and other government agencies use drones. It is very important for national security. If drone signal blocking were legal, these drones would fall under the prey of this type of activity. Sometimes criminals would use these technologies and create drone threats.

Commercial Drones: Drones are being used in different sectors like agriculture, photography, videography, house and other maintenance, and many more sectors. The legalization of drone blocking technology would stand against these commercial drone uses. This blocking technology will promote the incidents like hijacking drones. It will lead to civil damage or collateral damage.

Government Drone: Some government agencies do some spying activity for many reasons. Sometimes they may enter into the private property of property owners and become privacy concerns for you. But it would help if you accepted it for greater benefits and avoiding potential dangers. It is also another reason for making drone blocking illegal in the USA and other countries.

These are the reasons behind your not being able to block drone signals in your area. But if you think some rogue drones are disturbing you and very often violating your privacy, then you may stand against that unauthorized drone and file a case against the drone pilot to get rid of that drone attack.

Is it Legal to Destroy a Drone Over Private Property?

If I tell you in one word, then it is completely illegal to destroy a drone over your private place. No one can do that until that drone attacks you. Or, if the drone is a safety concern for you, you may take immediate action against it. According to the drone law of the USA, Federal Aviation Administration (FAA), anyone can make a drone flight over anyone’s property without harming any people and animals. But he has to have a license from the FAA.

There is another law regarding drone flight. One commercial and hobby drone can fly up to 400 feet higher. That is a safe zone for drones and also for other aerial vehicles. If any drone goes more than that height, then the authority may take it down. So, as drone flying is legal by law, then it is illegal to destroy any drone over your property.

What to Do if a Drone is Over Your Property?

First of all, you have to do nothing except wait and see. If that is an attacker drone and trying to harm you, then you may take any step. What will be your step? That depends on the situation. If the drone takes your unwanted photo and captures the video, then go to a safe distance. You may do some self-protecting work if possible. We give you some ways that tell you how to disable a drone on your property. Even you may go to the law enforcing authority for your safety.

But be aware of the government or an airforce drone. If they are from government agencies working on your security purpose, leave it and let it do its own task. It would help if you did not mix commercial drones with other drones. Commercial drones are developing the country and helping the drone industry to grow faster. That was all you had to do.

Can I Shoot a Drone on my Property?

No, you can’t. No one has the right to shoot a drone over his property until it harms his civil rights.

How to Take Down a Drone with Lasers?

This is a complex process. Laser technology works differently against a drone. In one way, it creates a flash on the camera and interrupts its activity.

Can I buy a drone signal jammer on Amazon?

The drone signal jammer is available on Amazon, but they are not as powerful as you think. The powerful jammers are not for public use.

The answer to this question may vary based on your location. But in the USA, powerful jammers are not legal.

Can the FAA track your drone?

Usually, the FAA can not track your drone. But if they find you are doing something out of the law, then they may think of tracking it.

It is how to jam a drone signal or prevent it from entering your property with or without a jammer app. There is no concern if any drone enters your property and goes back safely without creating any harm to you. But if you feel insecure, then inform this incident authority. You may also take your possible measure if it does any harm to you or create privacy concerns. I hope you now know how to disable a drone on your property and much more information on this.