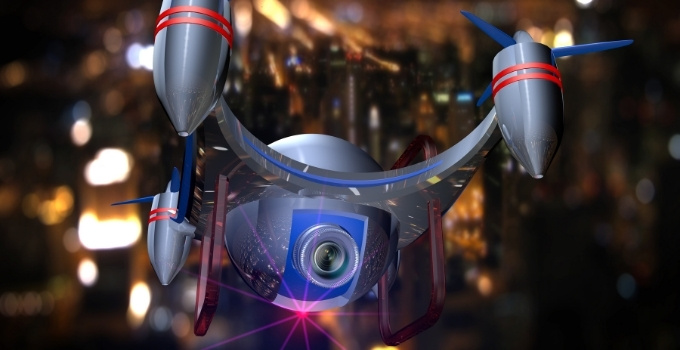 In 2018in the USA, studies show that thousands or more agencies are operating drones to run their various investigating work. At that time, the massive growth of the use of drones in the police department was traced to the Federal Aviation Administration (FAA).

Before 2018, the FAA imposes various restrictions on the use of drones in the concern of civil liberty. Still, you have to face some hoops to start a UAS program, but these are not as narrow as they were a few years ago.

How are police using drones?

As we already said, police use drones only to ensure the safety of general people. Let us see why and how are police using drones-

Fighting against crime and for keeping the community safe

Drones are playing a revolutionary role for the police to fight against crime. This unmanned aircraft act as a force multiplier for police department by providing unprecedented views of the incident and help to plan an effective and keep officers safe.

Police use drones for tracking records of rescue

Usually, police use DJI Drones and different range sensors to assist with various search and rescue operations. This device also can help to save lives right around the world. An array of drone sensors provide the police forces with the best chance of a successful rescue.

Police use drones for accident or crash scene investigations

Drones can capture pictures and record videos more detailed than any other traditional method. It has a radical impact on working on the crash-site reconstruction. The police safety crews can take prompt action to map the site and gather evidence by using airborne cameras to their toolkits.

Police drones can capture evidence more efficiently, even at night

At present, drones are an effective solution for gathering evidence. The powerful camera of the drones can produce accurate and detailed 3D videos and snaps of crime scenes even at night.

When any natural disaster strikes, a quick response is essential. In that case, a drone is a great solution because it can act rapidly and cheaply. It can reach quickly to dangerous areas and able to provide vital information about the crisis. It also uses thermal and zoom cameras and helps the fire crews identifying the fire hot spots.

How can you identify police drones at night in the sky?

You may think that how can identify such a small gadget like a drone in the night sky. Well, if a drone flies high over your house or keeps watching your place or property at night, it often looks like a blinking star with rapid movement in different directions.

On the other hand, when drones are flying low, they can be easily spotted by their throbbing white light. Most of the drones come with colorful LED lights on the landing gears, and you can also trace them with these lights.

Most of the drones come with two different types of lights, these are-

FAA declares that the anti-collision light should be visible from at least three miles away. So, if any drone flies over your house at night, you can easily see any of these hovering lights in the sky.

On the other hand, pilots cannot operate any drone at night until they receive a particular night-time flying waiver. The pilot also needs to install the anti-collision lights on the drone along with the waiver so that it becomes too easy to see from below.

When You See Police Drones At Night In The Sky

Hopefully, now you can identify drones at night by seeing it’s lighting. But the question is, what should you do if you see the police drones at night in the sky. First of all, you have to make sure that the drone is being flown by the police or someone else is operating the drone privately.

As the law enforcement departments covering the airspace, you cannot go on shooting drones out of the sky as it will be illegal. Even if the drone enters your private property, you should not interrupt the police search on your own.

You cannot do anything until the laws break your aviation safety illegally. So, you should just take precautionary measures and adjust your lifestyle and living to protect your privacy from spying on drones.

Does the government fly drones at night?

Yes, according to part 107 of federal aviation regulations, the drone operation can be covered over people at night if it obtains a waiver from the FAA. Otherwise, it will be illegal.

What color lights do drones have at night?

Almost all drones have lights to some degree. Usually, drone lights can be seen as solid white, red, green lights at night. These lights are hardly visible during the day, but you can see them from a mile away at night time.

Can drones take pictures at night?

Yes, most of the drones come with some specific night settings which can be adjustable for night photography. So, they can easily take pictures even at night.

We hope, now you know it better than, what to do if drones at night in the sky. A police drone is not for bothering your privacy at all; it is only for ensuring the safety of general people. Don’t be impatient; let the police do their duties and act as responsible citizens.